About Us - Our History

In 1848 Phillip Allen and his family occupied land now known as the Mountain City area. This became a community centered around a stage stop from Austin to San Marcos. This area was located about four miles north of present day Kyle and twenty miles southwest of Austin. There were two such stage stops – Manchaca Springs (out of Buda) and then Mountain City. This little community was a thriving one with businesses, a school and of course a building used as both a school and church. That school was called the Live Oak Academy and students sometimes boarded in the community during the week to return to their homes on weekend. At this time there was no Kyle or Buda – only farmland to the east and ranchland to the west. 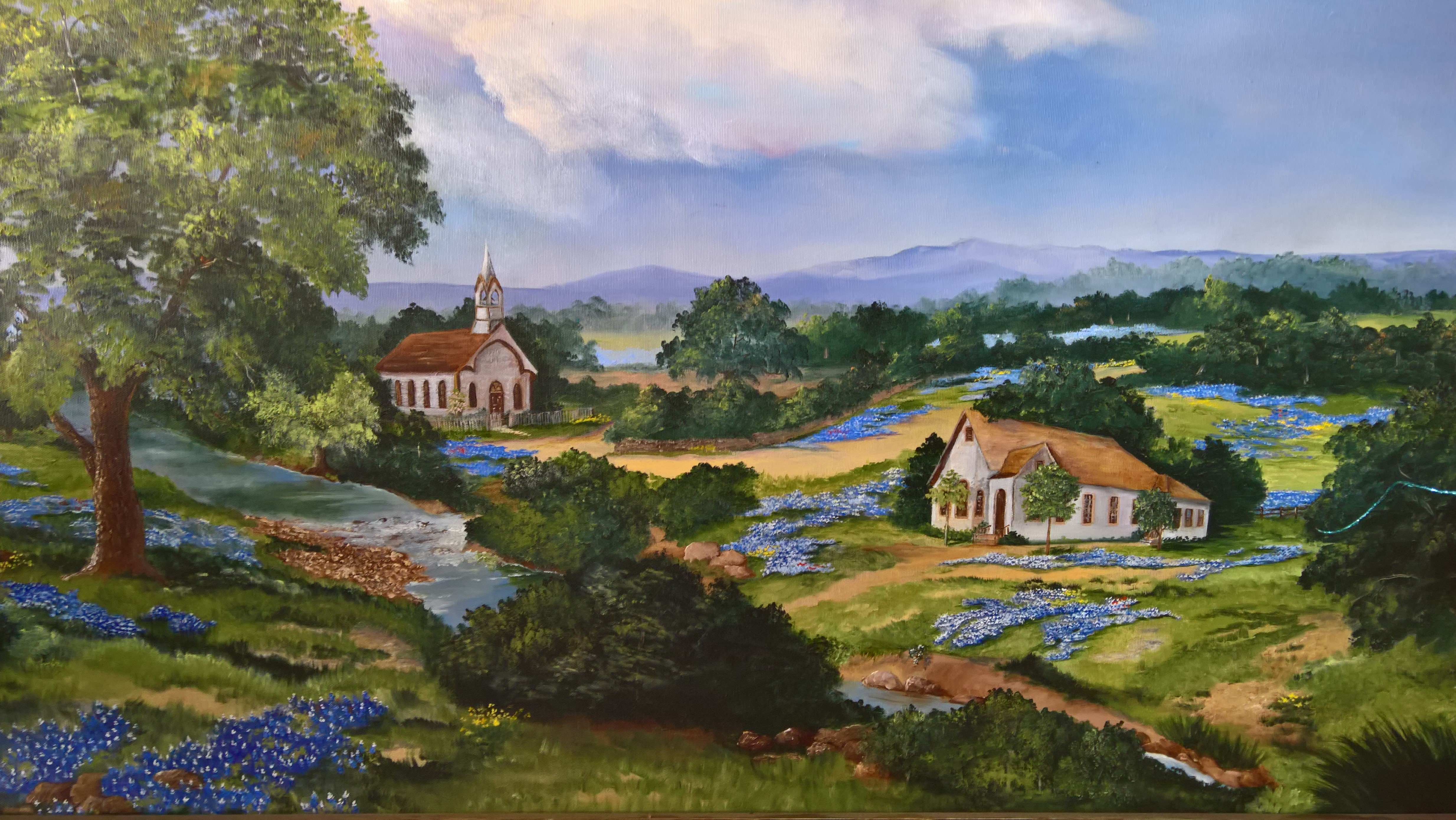 In Sept. 1872, the Mountain City Baptist Church was organized. A group of Baptists in the community decided they needed a church of their own and organized into this body of believers led by D. A. Porter, S.C. Glasscock, B. F. Hall, Angie Good, S. M. Wilkes, Mary Capterton, A. C. Caperton and George Tanner. They elected Elder J. C. Talley a pastor and George Turner, clerk, a position he never filled and was replaced by Glasscock. In Nov. 1872, D. A. Porter was licensed to preach and was ordained in 1874. This little congregation met at Science Hall until 1879.

In 1880 a committee, G. P. Harris, D. A. Porter, S. C. Glasscock and R. J. Sledge were charged with locating a building site in what would become the new town of Kyle. By the year of 1880 the railroad had made its way across the prairie from Austin to San Marcos, bypassing the little community of Mountain City. In doing so the I & GN Railroad had secured property for a new town, and in fact auctioned off lots in this new town in Oct. 1880. The property secured by the trustees for the Baptist Church was known as part of Lot 30 in the new town, located at the corner of Nance and Center streets, a location that has since been the site of the Kyle First Baptist Church. The original church building was erected in 1881 and remained there until 1932 when it was torn down and a larger one built in its place. During those early years the Kyle First Baptist Church has stood as a pillar in the new community. A little known fact in the history of the church was its association with one of the pioneer traveling preachers of early Texas Baptist work. This man, Z. N. Morrell was widely known throughout pioneer Texas. Morrell became friends with R. J. Sledge and Prof. T. H. Storts who began the Kyle Seminary an early Kyle school, which was located across from the Kyle Church. Although he called himself a “cane break Baptist preacher” he was known as being one of the most daring and aggressive pioneer Baptist preachers in Texas. He came to Kyle at the age of 80 and lived with the Sledge family until his death in 1883. Upon his request he was buried in the Baptist Church yard with a plain slab at the head of his grave, with crossed hands, one index finger pointing to the church and the other to the school. Written on the headstone was simply “a sinner saved by grace.” His resting place remained in the Kyle church yard until 1945 when his remains and tombstone were moved to the State Cemetery in Austin.

From 1900 to 1932 the church membership had grown and more space was needed, so again a new one was built but by 1936 growth again demanded more space. At this time a new two story addition was added. This remained until Aug. 1940 when fire was discovered following a Training Union meeting. Nothing was saved but some pews in the main auditorium and the piano. All the records were destroyed except for some that were in the hands of the church treasurer. Because of the war and the small amount of insurance collected following the fire, the building was not replaced and the congregation met in the old City Hall until 1948. On the day of dedication of the new building, the church was filled to capacity and on that day a final offering was taken to pay for the building – and the church began with all bills paid in full. Growing pains have been consistent with the Kyle Baptist. In 1983 the church was able to purchase the Toalson property adjacent to the old building. (This house now is located on the bypass 81 between South St. and the Arrowhead Trading Co.) By 1985 we moved into our new sanctuary with the old church being remodeled into a large fellowship hall. Those early settlers in Mountain City began the legacy with the vision for the Baptist work in this area and now as in the past we must go forward and keep that legacy growing and continue to be a beacon not only in our community., but in the men and women who have gone out from our church to carry the Good News of Jesus Christ throughout our country and in other parts of the world.